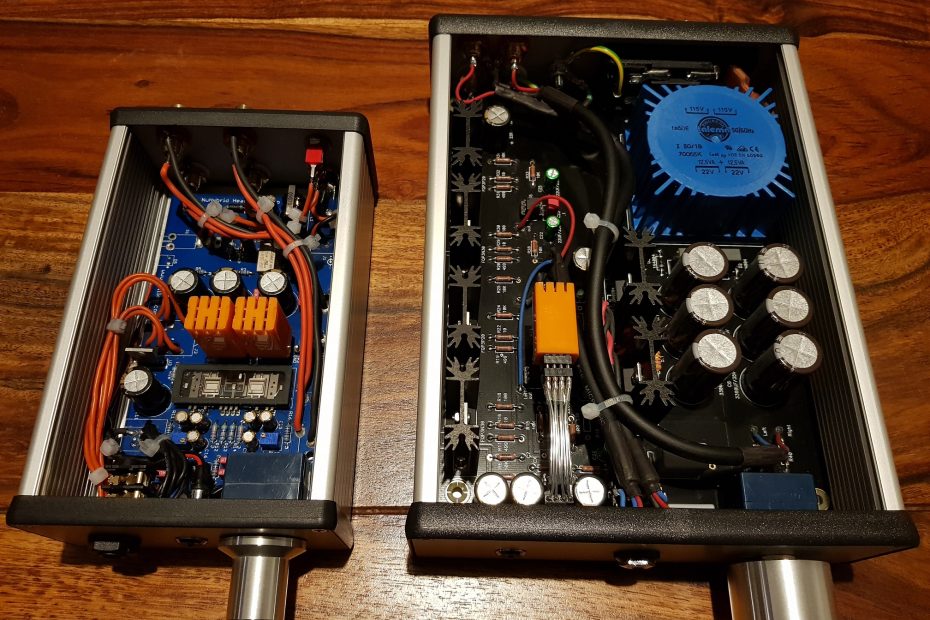 Before we start, I would like to point out that whilst I paid for the V5i and V6 Vivid OP Amps myself, the Buson V6 Classic OP Amps were provided to me kindly by Charles at Burson Audio for the purpose of this review so a big thank you for that.

With this in mind I hope to be able to provide an impartial comparison of the OP Amps I will be talking about in this review.

So the test amps are the Whammy by Wayne Colburn and the NuHybrid by Pete Millett. Each amp will be fed from a Topping D50 DAC using audio sources either CD quality or higher using FLAC file format. The headphones I will be using on this occasion are the HiFiMan HE400i.

The audio tracks I will be using are:

After testing various OP Amp IC chips I purchased the V6 Vivid Dual after reading some reviews from various parts of the internet. I primarily chose this OP Amp due to its discrete design to see how it would fair up.

The Whammy as you know is an ideal reference amp with its incredibly clean power supply so is the perfect platform for testing both of these OP Amps.

Initial impressions after listening to the above test tracks are that the Vivid is just that! Its very vivid and clean sounding, very balanced in the mids and treble with an incredibly wide soundstage. The vocals are upfront, sharp and you can hear every click and pop of Amy Lees mouth moving as she sings.

That said, I have had the Vivid in for a few weeks now and after switching to the Classic, I noticed a subtle but immediate difference. The sound was still very detailed like the Vivid and has the same wide soundstage but this time the vocals seemed like they were a bit softer and set back somewhat giving an emphasis on the instruments in the foreground. It has a kind of warm feeling and both are really enjoyable but the mids and treble seemed a little flatter on the Classic compared to the Vivid in this amp.

My overall favourite in the Whammy is the Vivid simply due to it being more balanced with a higher level of clarity without pushing the vocals back.

Okay so I dont have any V6 Vivid Singles to test but may get the chance to try some in the future so I will talk about the differences between the V5i and the V6 Classic.

Firstly after listening to the above tracks on the V5i I noticed an immediate improvement over the stock OPA551 OP Amps that I purchased as part of the original BOM list for this amp. The OPA551’s sound really good already with that clean BB sound signature. As most of you may know the V5i is semi-discrete yet the detail in the sound is unbelievable. Nice wide sound stage, good mids and treble and a decent amount of bass. I thought there was not much room for improvement as it sounded incredibly good already.

Then I popped the V6 Classics in. Straight away, I noticed that warm sound with such fine detail and the softer vocals yet for some reason they sound better in this amp than they do in the Whammy. Maybe its due to the fact that the NuTube still being a tube although a modern one still produces that warm tubey sound so the V6 Classic complements this amp nicely. Also compared to the V5i the V6 Classic seemed slightly more detailed and fuller sound to me probably due to the fact that the V6 is fully discrete.

With that said, the OP Amp I prefer so far in the NuHybrid is definitely the V6 Classic so I have left them in for future listening to see how they sound over time as they burn in fully.

My favourite is clearly the Burson V6 Vivid Dual in the Whammy and Burson V6 Classic Singles in the Nuhybrid.

These OP Amps made a real difference for me and you would not be disappointed if you were looking for something to upgrade your standard IC OP Amps. A very worthy upgrade in my opinion.

I would like to once again thank Charles at Burson Audio for the chance to try the V6 Classics and I hope many of you found this comparison helpful.

For more information about these products and other products please visit https://www.bursonaudio.com