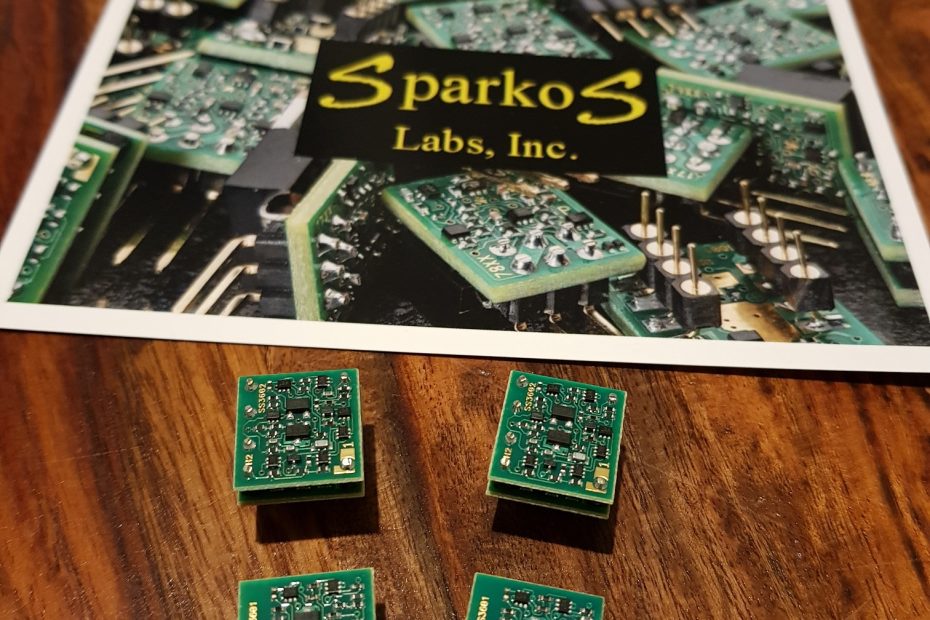 Having already reviewed the Burson OP Amps I thought it would be good to also have a gander at the SparkoS dual and single OP Amp offerings to see how they compare so I managed to get my hands on a pair of singles and a pair of duals for testing.

I would like to thank Andrew who is the second head honcho to Lütz over at SparkoS Labs for sending me these to review and enjoy.

For reference, the standard IC OP Amps used are the OPA2107 in the Whammy and the OPA551 in the NuHybrid.

I will again be using my trusty HiFiMan HE400i headphones for listening and the music I will be testing with is mainly Lindsey Stirling with her 2014 album: Shatter Me and her latest album: Artemis but also Evanescence Synthesis album.

I spent a few days listening on the Whammy and the NuHybrid with the Burson Swing DAC connected. I was pleasantly surprised by how bright the mids and treble sound.

I remember reading other reviews of the SparkoS OP Amps and many people described the same bright sounding signature which appeals to some folk but not others.

I personally like the bright sound as it appears less neutral and sounds quite detailed. When listening to Lindsey Stirling, her violin really shines and you can pick out all of the different sounds that can be heard on her tracks.

That said, when I listened to Evanescence, Amy Lee’s voice was crystal clear and you could immerse yourself in the instruments as if you were up there on the stage with her.

I do like a neutral sound for reference and comparisons mainly but I think I also like the bright sound that the SparkoS have to offer for a more chilled out listening session.

This is a tough one and to be honest I don’t really see much difference having one of the SparkoS SS3602 duals installed in the Whammy as opposed to having the full set installed in the Burson Swing DAC.

Maybe moving the OP Amps further up the audio chain could make a difference to someone else as sound is almost always subjective but I cannot notice any difference.

As many of you will already know, the Whammy is quite neutral sounding with bass not being so prominent like the mids and the treble compared with other amps.

Either way it still sounds impressive with all the detailing you could want without being overkill. I also watched some TV and listened to some of my favourite high quality music videos on YouTube and I must say I enjoyed the experience of the bright and wide soundstage.

After listening to this combo for a few days I find I keep coming back to this setup when wanting to watch TV or just put my feet up and chill with some music.

This to me seems the best combination between the two headphone amps, with the bright sound of the SparkoS SS3601 singles combined with the warmth of the Korg Nutube in the NuHybrid this is certainly quite a nice combo.

Just the right amount of bass, non fatiguing and an all round pleasant listening experience.

Well its true what they say that every OP Amp has its place and the SparkoS are certainly no exception to this rule. If you like bright mids and trebles and a wide soundstage then these are the OP Amps for you but coming back to the Burson OP Amps, I find each has their own merrits and unique sound signature.

For me, I like the SparkoS in the NuHybrid more than the Burson V6 Classics because of the bright and warm combination it creates but I prefer the Burson V6 Vivid in the Whammy over the SparkoS as it has a more balanced and controlled sound signature.

Overall these are damn good OP Amps and they could really shine in the right application depending on your preference but that is what OP Amp rolling is for. Right? It’s nice to have that choice.

For more information about these products and other products please visit https://sparkoslabs.com