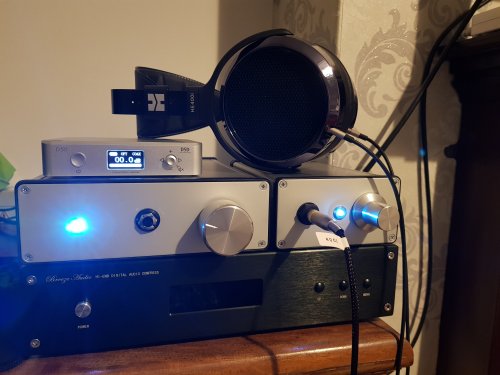 I originally got into audio when I first listened to some music through my brothers expensive headphones although not sure which ones they were but all I know is that they were Russian made.

I didn't really bother with headphone amps or anything like that for a long while until I signed up to a couple of well known forums and conducted a lot of research into headphone amps, DAC's and the advantages of using them.

I started off my audio journey with a set of Beyerdynamic DT990 Pro headphones and a HiFiMan EF2A headphone amp. I then came across the world of DIY projects where I stumbled upon what would be my first DIY project, the NuHybrid by Pete Millett.

It was so satisfying to build something and then listen to the end product afterwards. It's like, "wow did I really just build that?". It is the best feeling ever!

I then went on to build the Whammy by Wayne Colburn and tested a bunch of different IC OP Amps which led me to reviewing some of Burson Audio's V6 OP Amps.

I then thought why not create a site and put everything I love about audio in one place for everyone to see.

I hope you enjoy this site and please feel free to drop comments on my reviews and come back to see the latest updates! 🙂